Why did it take me so long to watch 30 Rock? I've been watching a couple episodes a day on Netflix for the past week and it is so good. This weekend will be dedicated to discovering more awesome tv shows, studying for my millions of chemistry exams next week (Chem II in the summer is not a good idea) and finishing up projects for the craftster swaps I am in.Unfortunately I ruined a bag for the swap by burning it with an iron and have to start over again. Here are a couple bags that I DIDN'T ruin. 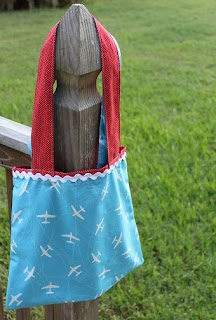 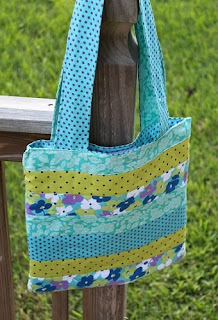 The striped one was originally for a swap, but after I finished it I realized that it probably wasn't their style at all so I started over. I have two more weeks to get it right though, which should be plenty of time.
In other news, the bean and lettuce seeds that I planted last week just to see what would happen have started to sprout! They're not photo ready yet, but in the next couple days they should be big enough. Hopefully the thunder storm that is rolling through NW Houston right now won't ruin them.