I signed up for my first ever Ravelry knit-a-long earlier this month. I have admittedly become just a little obsessed with socks since I knit my first pair last month and will jump on anything sock-related. It was great to have the pattern designer in the KAL so I could ask questions about the pattern, because really I still know very little about knitting. I'm starting to become more familiar with the terms/construction and I'm so proud of myself to have finished a pair of "real"socks. Knitting is a lot more terrifying than crochet, I think. I'm scared of dropping stitches (how will I pick them up!?), having to rip out rows (it's so fiddly!), and doing anything wrong in general. Crochet is much more forgiving, if you make a mistake you just pull on the yarn and undo it and there aren't any weird loopy bits to have to worry about. I was originally going to crochet socks, but apparently it takes twice the amount of yarn to crochet than knit! I'm so cheap that I just learned to knit, instead.

The little pouch is a Needle Nook I picked up from the Vista Fiber Fiesta. It's the neatest thing. It holds your sock project on double pointed needles or circular needles in a snap pouch so you can throw it in your bag and not worry about the needles getting messed up, but the thing that really sold me was the zippered pouch built into it to hold your extra needles/findings. It's handmade in Southern California, and since I sew I hardly ever buy anything I think I can make myself, but it's so well made I didn't have any qualms shelling out for it. I'm just tickled with it.


I meant to update about the second day of the San Diego Yarn Crawl but I lost motivation trying to edit the photos. I went to another alpaca farm and two yarn shops with some friends and it was a lot of fun. We went to A Simpler Time alpaca farm and mill and they gave us a little tour of the mill so we could see how fiber is processed. It's basically just a barn full of a bunch of spikes that move, it's a little scary. They clean the fiber and turn it either into roving or yarn in a bunch of different weights. They also dye some skeins for their gift shop and I couldn't resist this gorgeous orange alpaca. I picked up a few small accessories I needed (gauge ruler, boring stuff) at Two Sisters and Ewe and my friend won a skein of yarn (!!!). I kind of expected the raffle and gift bag stuff Two Sisters was doing at more of the stops on the yarn crawl, but the most other stores did was a little pinback button. Ah, oh well. Our second stop at Yarn & Thread Expressions I bought hand painted sock yarn with the intent to make socks just for myself, since everything else will be used for gifts. And guess what? They will most likely be turned into a gift. I already started on a pair for Christmas but I had to frog them completely because they are comically large. Merry Christmas, have some clown socks. 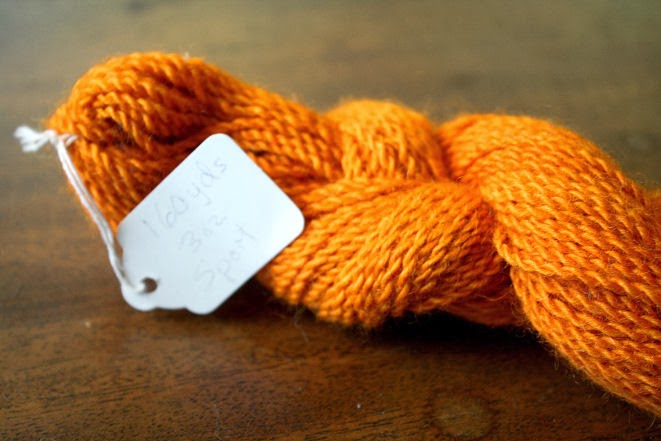 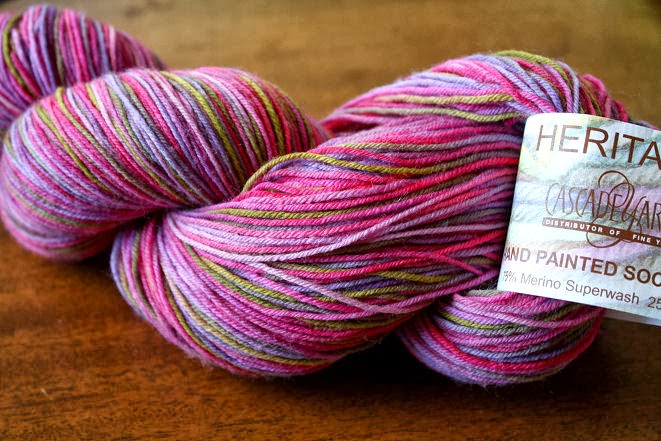